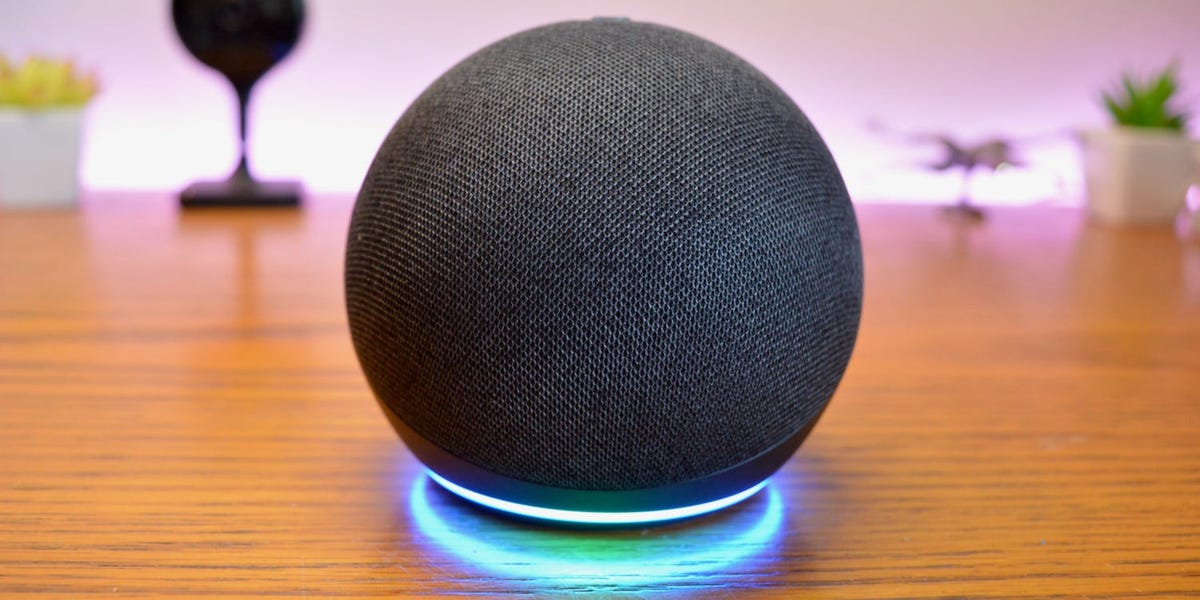 When you buy through our links, we may earn money from our affiliate partners. Learn more.

The original Amazon Echo started the smart speaker revolution back in 2014, but since then the Echo series has retained more or less the same general look. This year, Amazon is changing that with a completely updated physical design for its Echo and Echo Dot.

Unlike the old puck-shaped model, the new fourth-generation Echo Dot has a ball-shaped design that makes it look like a compact sphere. There are some slight upgrades under the hood as well, but the rest of the speaker is more or less the same.

The fourth-generation Echo Dot has a $50 price tag, though it’s likely to be discounted and included in bundles over the next few years. But, just how good is the new model? And, is it a worthy upgrade from the previous version? We put the 2020 Amazon Echo Dot to the test to find out.

The 2020 Amazon Echo Dot is different from the third-generation model in two primary ways: design and sound quality.

The design of the device is completely different from the last generation. Gone is the puck shape that’s now commonplace in so many homes across the country, in favor of a new flat-sided ball. That ball is covered with a fabric mesh with four buttons on the top.

Controls are included for volume and muting the microphone, along with an action button that can be used for waking Alexa, answering and hanging up calls, and more. On the bottom of the speaker is an LED light that can indicate when Alexa is listening, when the microphone is muted, and so on.

This new design is generally a good look. It’s definitely bigger and a little more imposing than the last-generation model, and will be more noticeable on a surface. But, it’s still a friendly style that should look right at home in any environment.

However, there is one notable downside to the design. Since the shape is spherical, it’s a lot harder to wall-mount — and if you do wall-mount it, it looks a little weird. If wall-mounting is a big priority, you may want to stick with the third-generation model.

On the back of the Echo Dot, you’ll get a power input and a 3.5mm port. The 3.5mm connection is really nice to see, and it’s one of the main differentiating factors between the Echo Dot and Google’s Nest Mini. With the 3.5mm port, you can output audio from the Echo Dot to a much better speaker, while still getting the advantages of Alexa.

If you plan on only using the Dot with another speaker, it’s worth going for the cheaper Echo Input instead, but with this device you can switch between modes as you see fit.

The new Echo Dot is available in a few different colors, including Charcoal, Glacier White, and Twilight Blue. We’re reviewing the Charcoal model. A slightly more expensive version of the Echo Dot is also available, which adds an integrated LED clock. The Echo Dot with Clock costs $60.

Setting up the Amazon Echo Dot is a simple process. Simply plug the speaker into a power outlet, download and log into the Alexa app, and tap the “Add Device” button. On-screen instructions will include things like setting up voice recognition, adding a location, and so on — but it’s easy and only takes a minute or two.

Of course, the main reason to get a Dot in the first place is to interact with Alexa. Through Alexa, you can find out information from the web, control compatible smart home devices, and more. Alexa is getting better and better, and you can expect to get regular updates for new features.

Alexa on the Echo Dot is quick and responsive, and the device has a new processor, called the Amazon AZ1. Unlike the full-size Echo, however, the Dot can’t take advantage of all the performance benefits this new chip provides.

The standard 2020 Amazon Echo has an all-new speaker design, with a woofer and two tweeters. The new Echo Dot doesn’t follow that, instead carrying over the same single 1.6-inch speaker from the last-generation model. Thankfully, however, the speaker’s new front-facing position allows it to sound a little better. Not a ton better than the third-generation version, but a little better all the same.

The main thing lacking from the speaker’s frequency response is bass. The bass is a little better on this speaker than other compact speakers, but it’s still not as good as it is on devices like the larger Amazon Echo. This means you won’t get that deep, thick response like you would on bigger speakers.

Other areas of the frequency response, however, are impressive. The midrange is relatively well-tuned, which helps things like guitars and vocals sound natural and present, and the highs are detailed enough for cymbals and a clear overall sound. I’m actually pretty impressed with the high frequency response on the Echo Dot. It’s not for audiophiles, but everyone else will enjoy what’s on offer by the compact device.

The Amazon Echo Dot is a great Alexa-based speaker, but it’s not perfect. As mentioned, the design of the speaker means it’s a little less versatile in how it can be used.

The other downside to the Echo Dot is its price. The speaker costs $50, and while that would normally be a good price, the new Dot’s value is diminished by the fact that shoppers can still pick up the third-generation model for less. The third-generation Echo Dot is currently available for $30, and it was recently on sale for as low as $19.

Though the new model offers some slight improvements, it’s hard to justify buying the more expensive fourth-generation Dot when you can still get the older one. That’s especially true considering the fact that the Echo Dot is arguably more of an Alexa machine than a music device, and you get the same Alexa experience on both speakers.

The new Amazon Echo Dot is an impressive compact smart speaker. It’s relatively inexpensive, sounds pretty good for its size, and has a friendly design. It’s only problem is the fact that the last-generation model still exists for $20 less.

If you want an inexpensive Alexa-based speaker that offers reliable digital assistant support and decent sound quality for music, then the new Amazon Echo Dot is the way to go. The $60 Echo Dot with Clock is also a worthwhile buy for shoppers who like the idea of having an integrated clock.

If you really want solid audio performance, however, it’s worth saving up a little more for the larger Echo. And, if you really only want the device for its Alexa capabilities, then you’re probably better off going for the cheaper third-generation Echo Dot while it’s still available.

It’s also worth noting that Amazon offers frequent sales on its devices, so it’s likely that the new Echo Dot will get some discounts in the near future that would help make it an even better value.